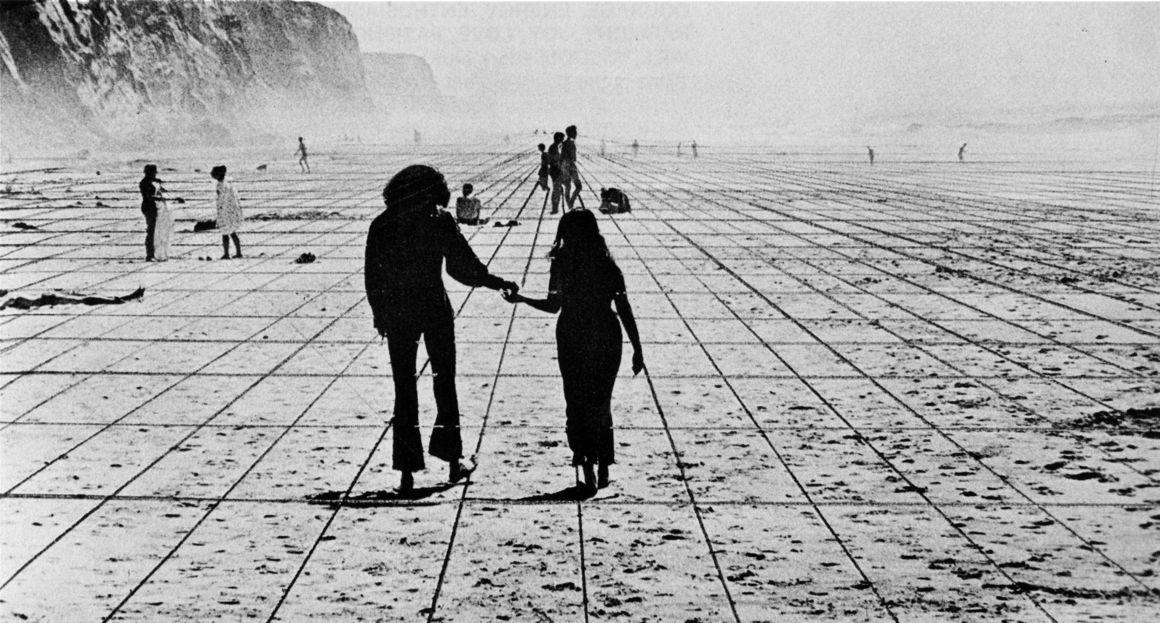 Spanning architecture, design, art and anthropology, Superstudio’s work remains intriguingly contemporary. Their radically imaginative oeuvre was rediscovered in the late 1990s and has proven to be an important source of inspiration for young architects and artists today.

Begun in 1966, Superstudio’s adventure led its members to speculate, for more than a decade, on the ways in which to inhabit the world as transformed by capitalist forces and technological evolutions. This is what the exhibition explores through the prism of ‘migrations’ (migrazioni). Borrowed from Superstudio’s vocabulary, this notion serves as a conceptual and poetic key to dive into the group’s architecture, which its members understood as an activity of production, elaboration and continuous transmission of ideas.

The exhibition proposes a thematic and chronological journey through what is still one of the most radical and original bodies of work of the twentieth-century architectural production. Crossing traditional disciplinary categories and geographic borders, Superstudio’s projects have travelled in the globalized world they depicted, from Florence to Tokyo. The group’s critical and excessive visions circulated widely and were at the heart of the dialogues Superstudio developed with some of the protagonists of the architectural scene in the second half of the twentieth century. Alongside the group’s oeuvre, the exhibition will present the work of 9999, Archizoom, Hiromi Fujii, Hans Hollein, Arata Isozaki, Rem Koolhaas, Ugo La Pietra, Leonardo Ricci, Aldo Rossi, Leonardo Savioli, Ettore Sottsass and Bernard Tschumi.

Superstudio Migrazioni features the group’s inventive and elegantly crafted works (photocollages, drawings, installations, models and films) alongside industrial design objects and furniture, revealing the wide range of the group’s projects. The exhibition benefits from the exceptional loan of the original works from the Centre Pompidou collection and from Superstudio’s archives: some exhibits have not been shown for more than 15 years.

A series of events and tours make it possible to engage with Superstudio’s oeuvre in a variety of ways and reveal how, fifty years after the group’s creation, their work resonates strikingly with our contemporary world.

More information can be found here.

Tickets for the limited places at the exhibition opening can be booked at this link.